Imprints of Greek National Revival in the Hellenic Parliament 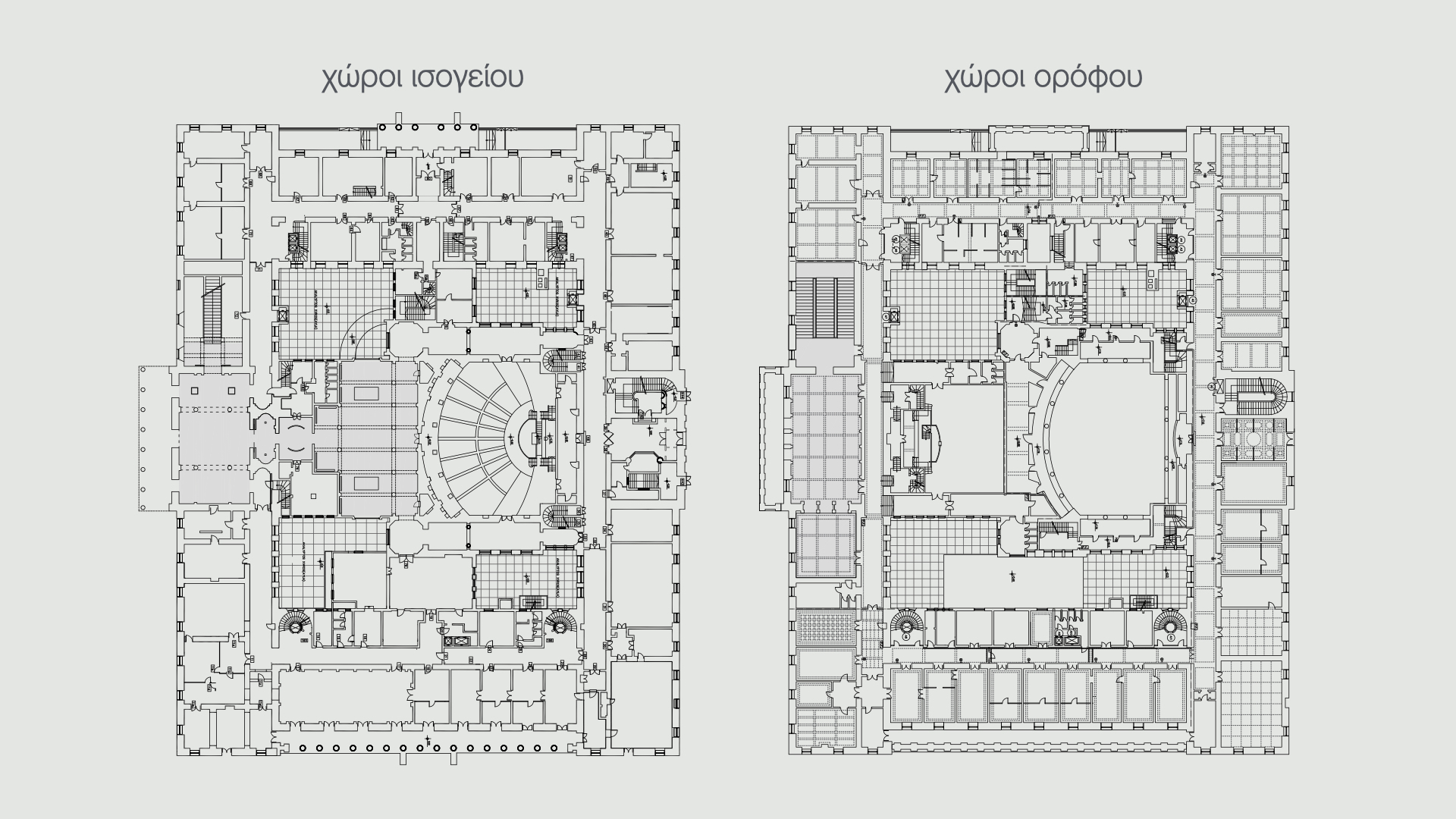 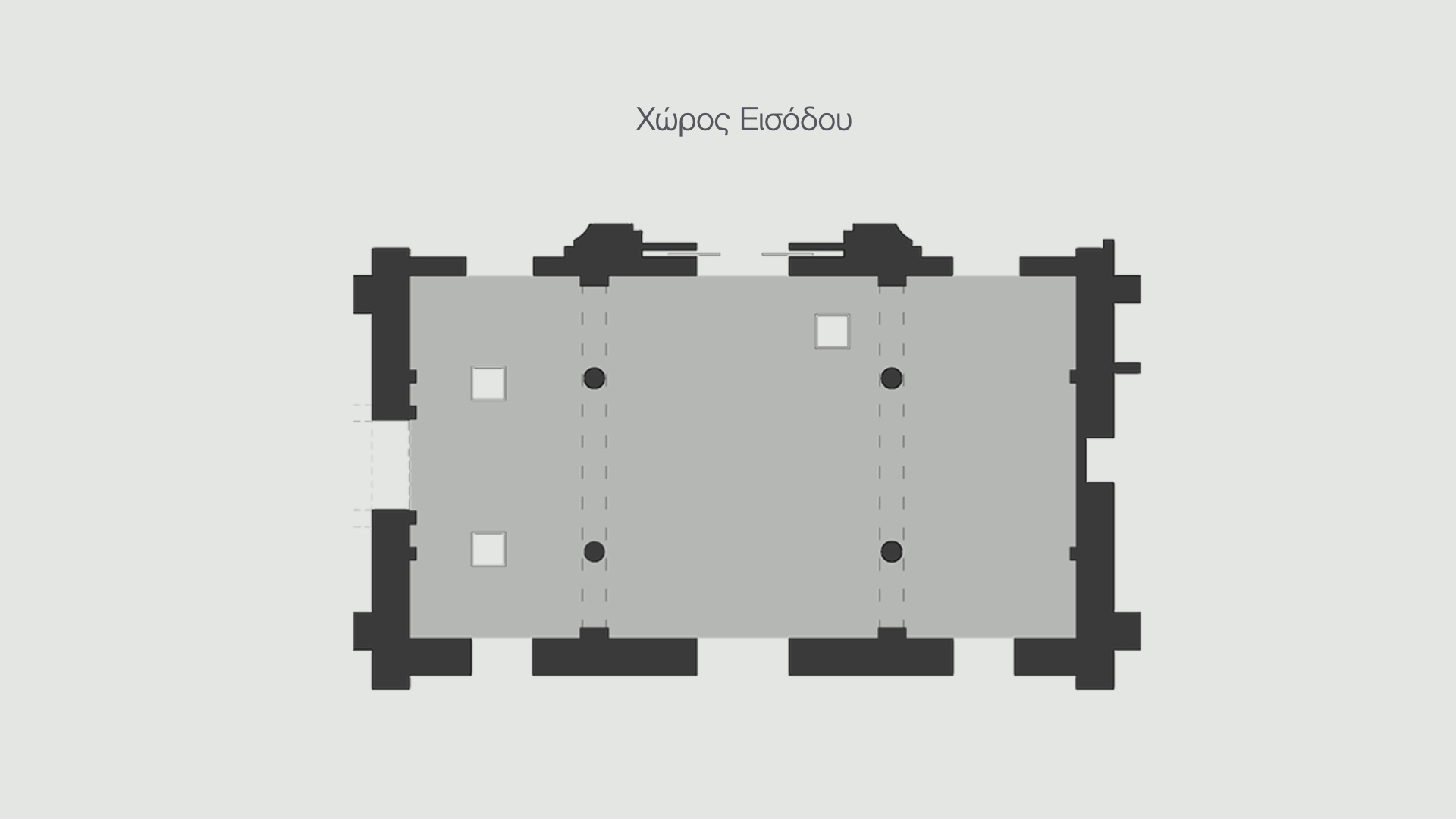 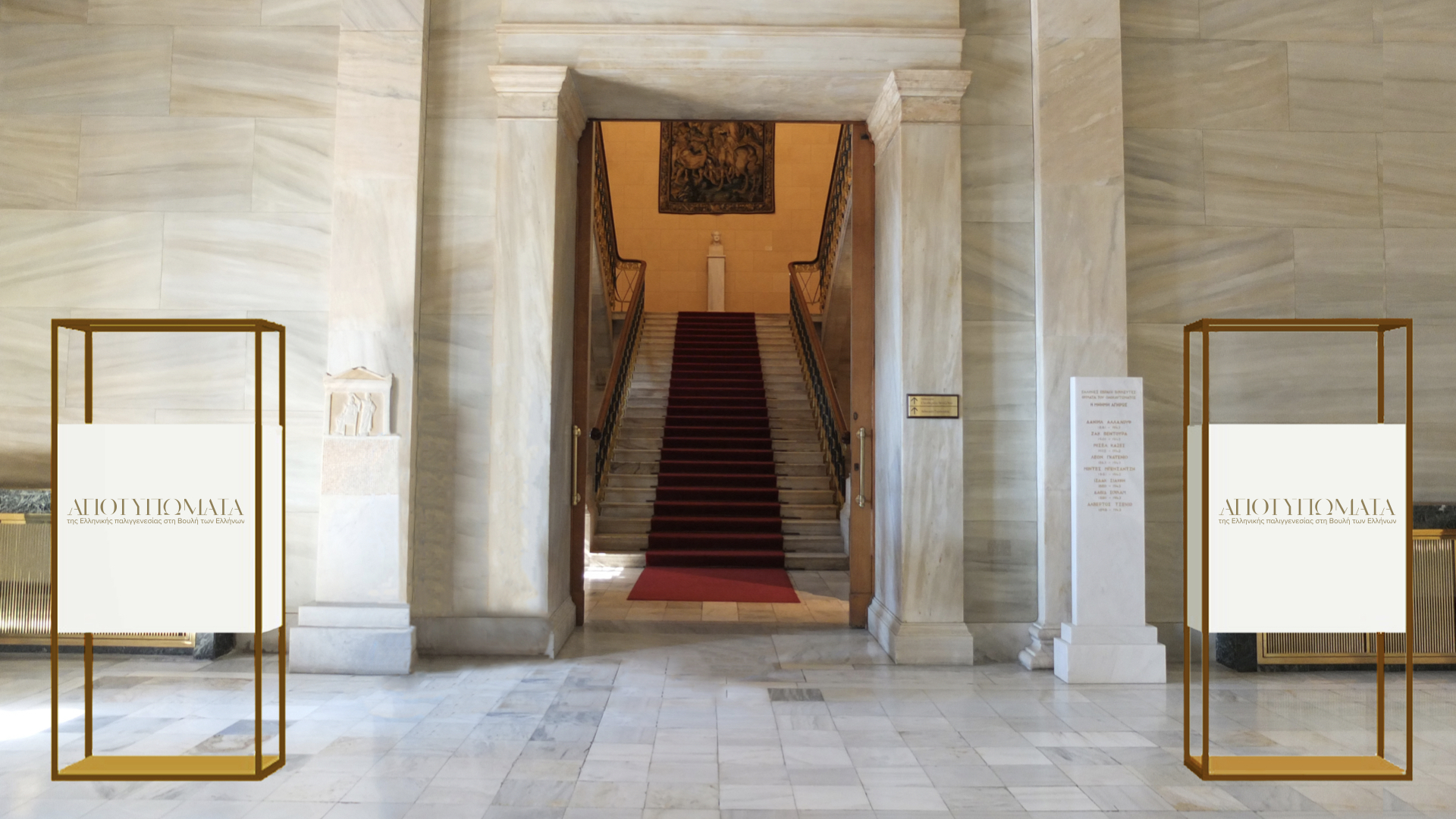 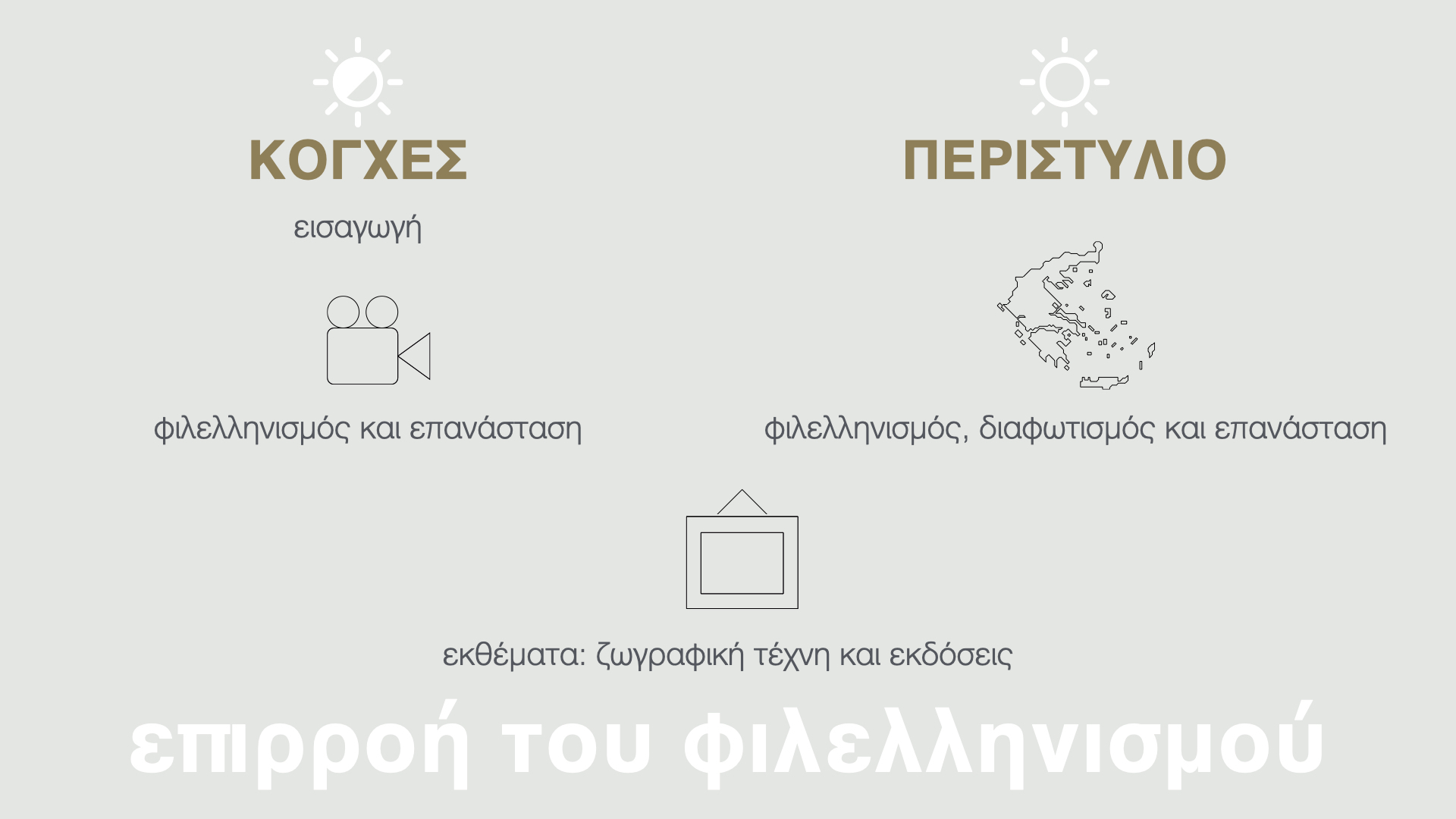 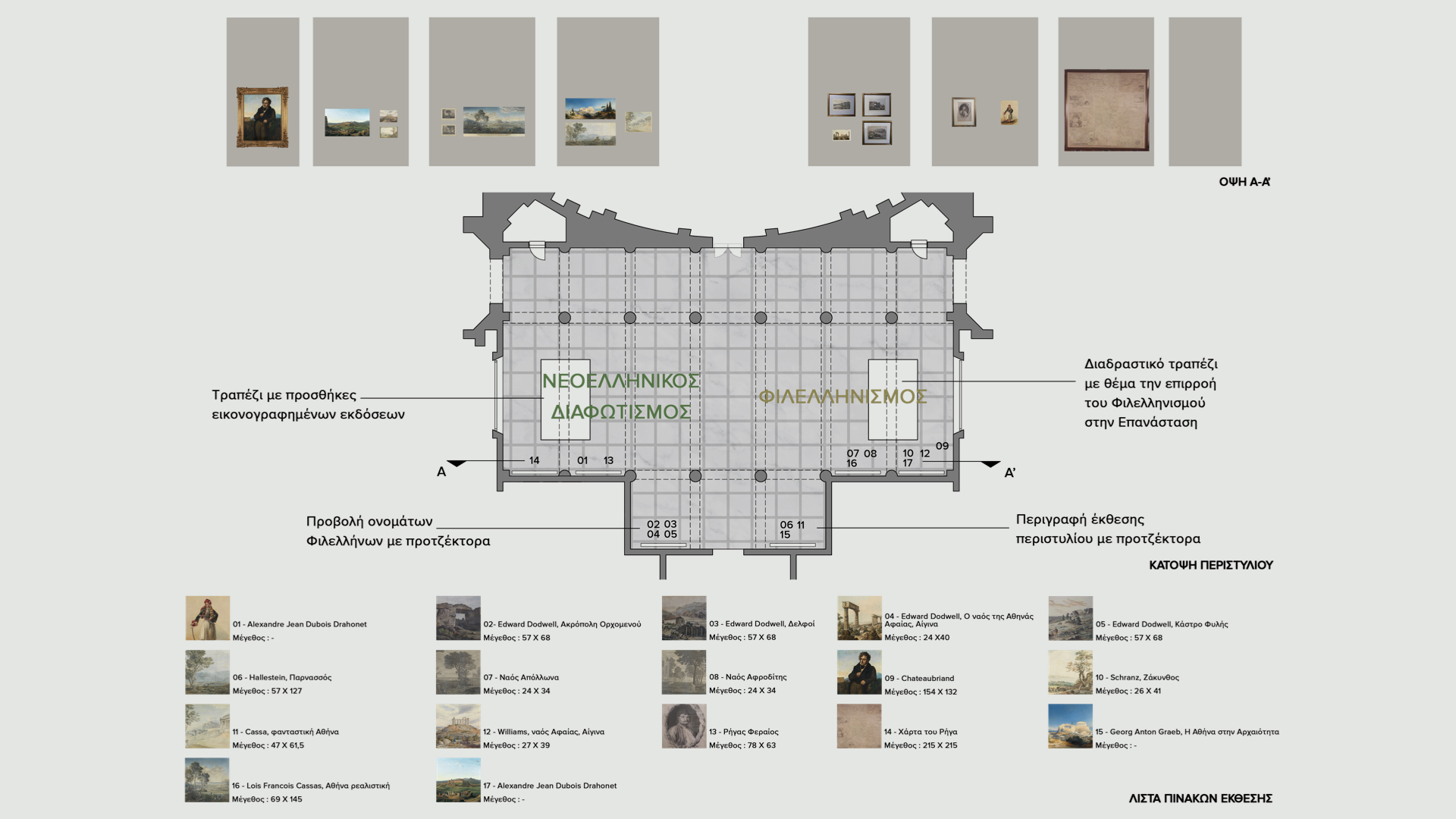 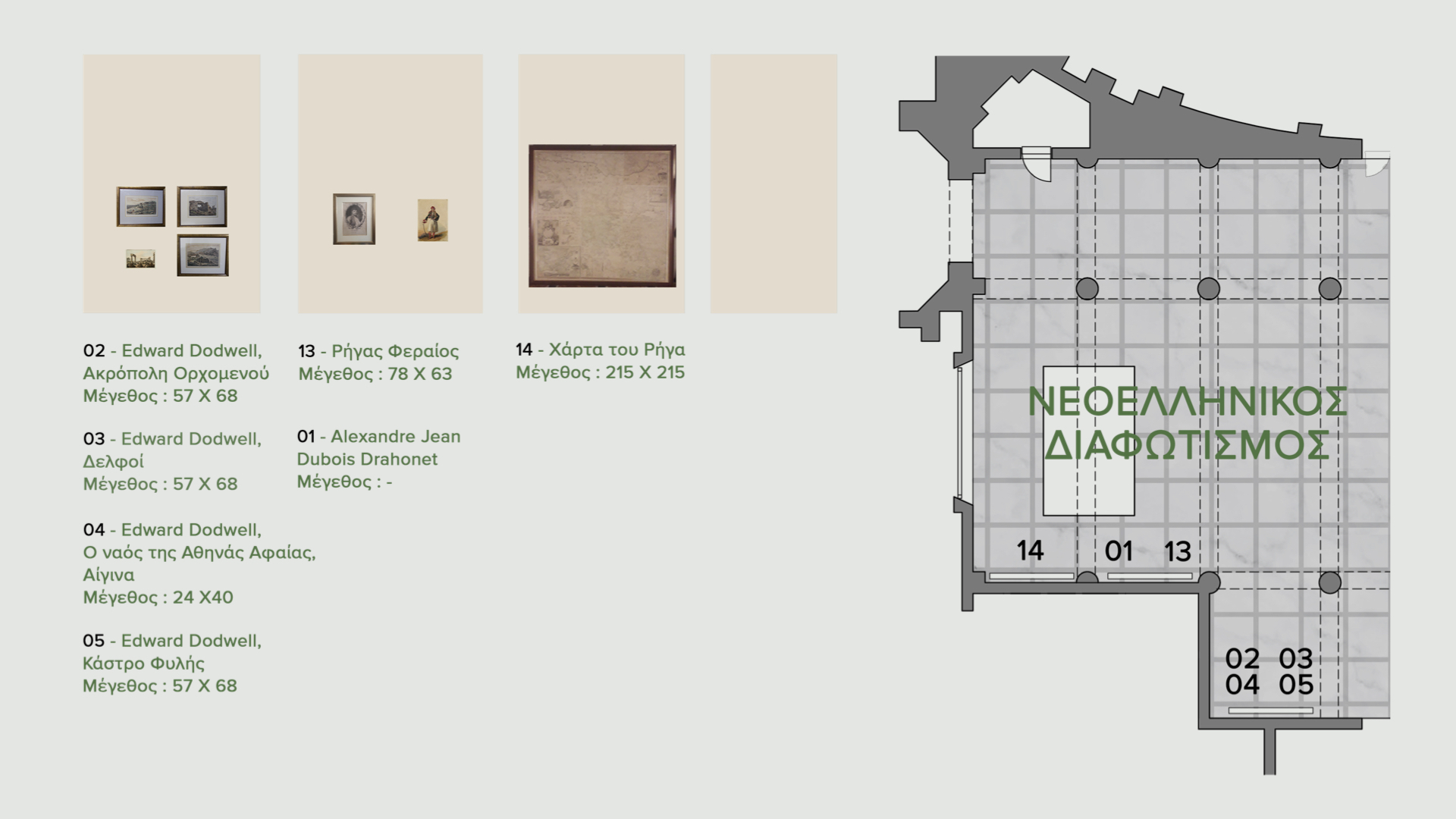 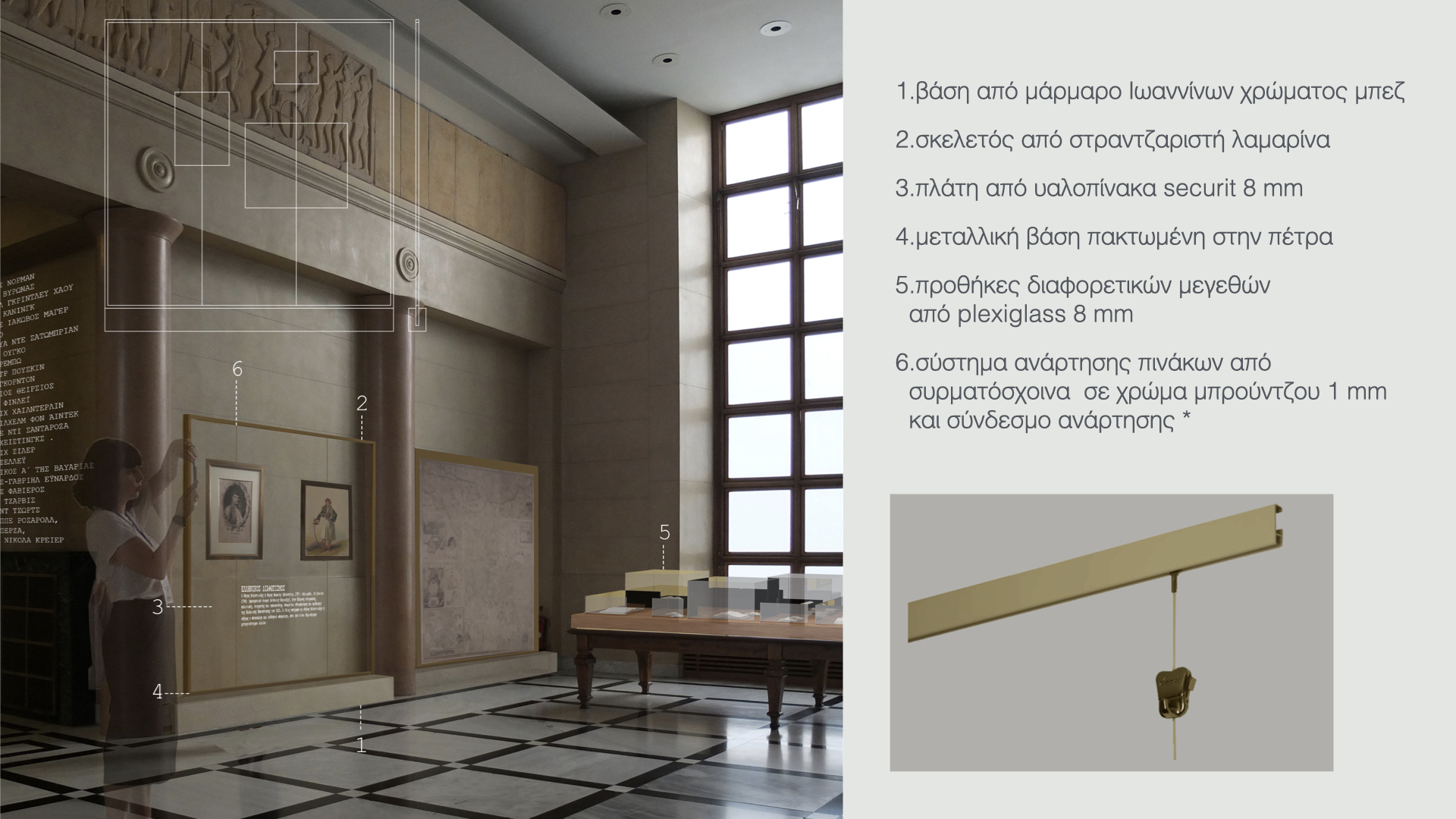 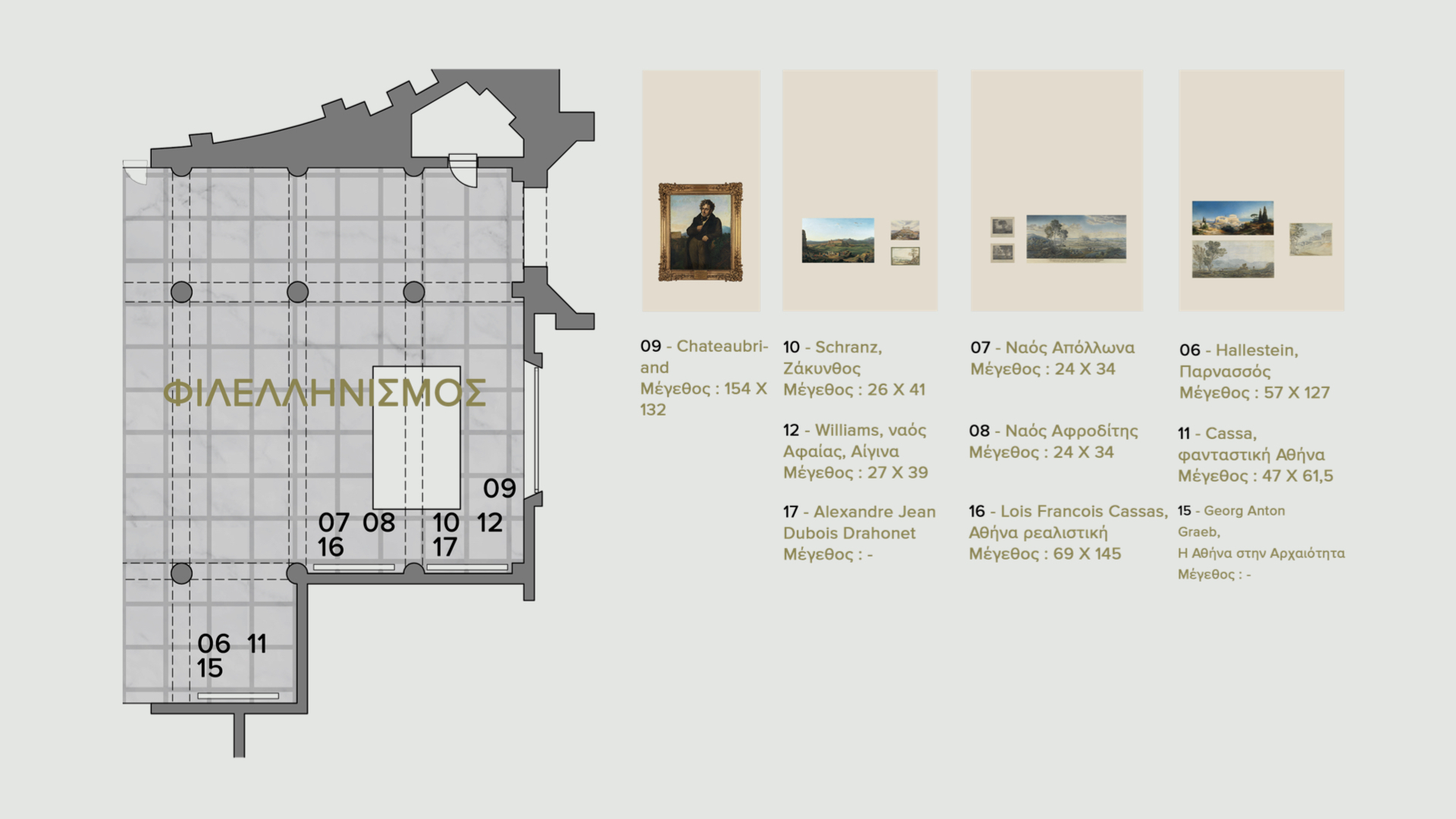 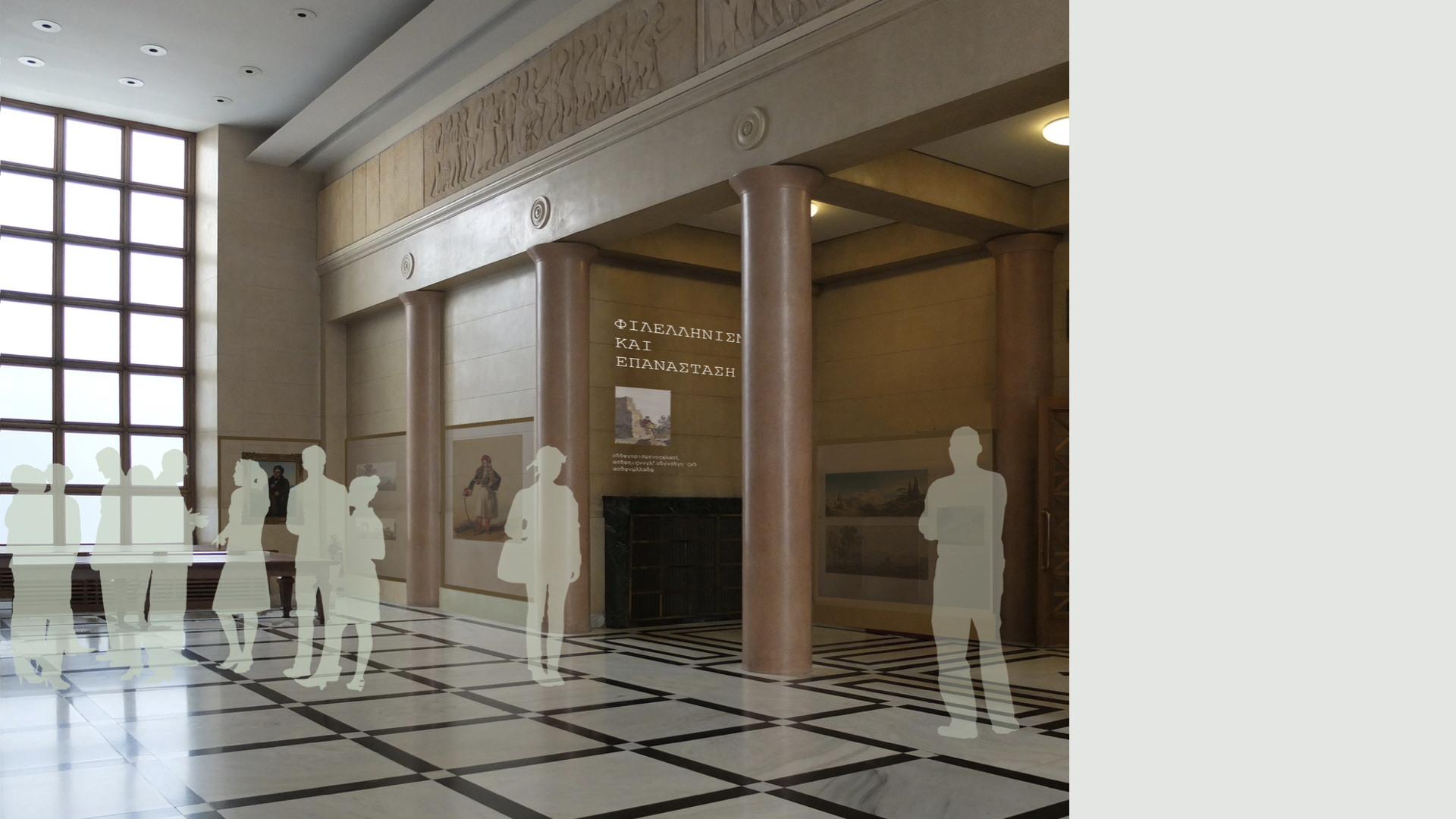 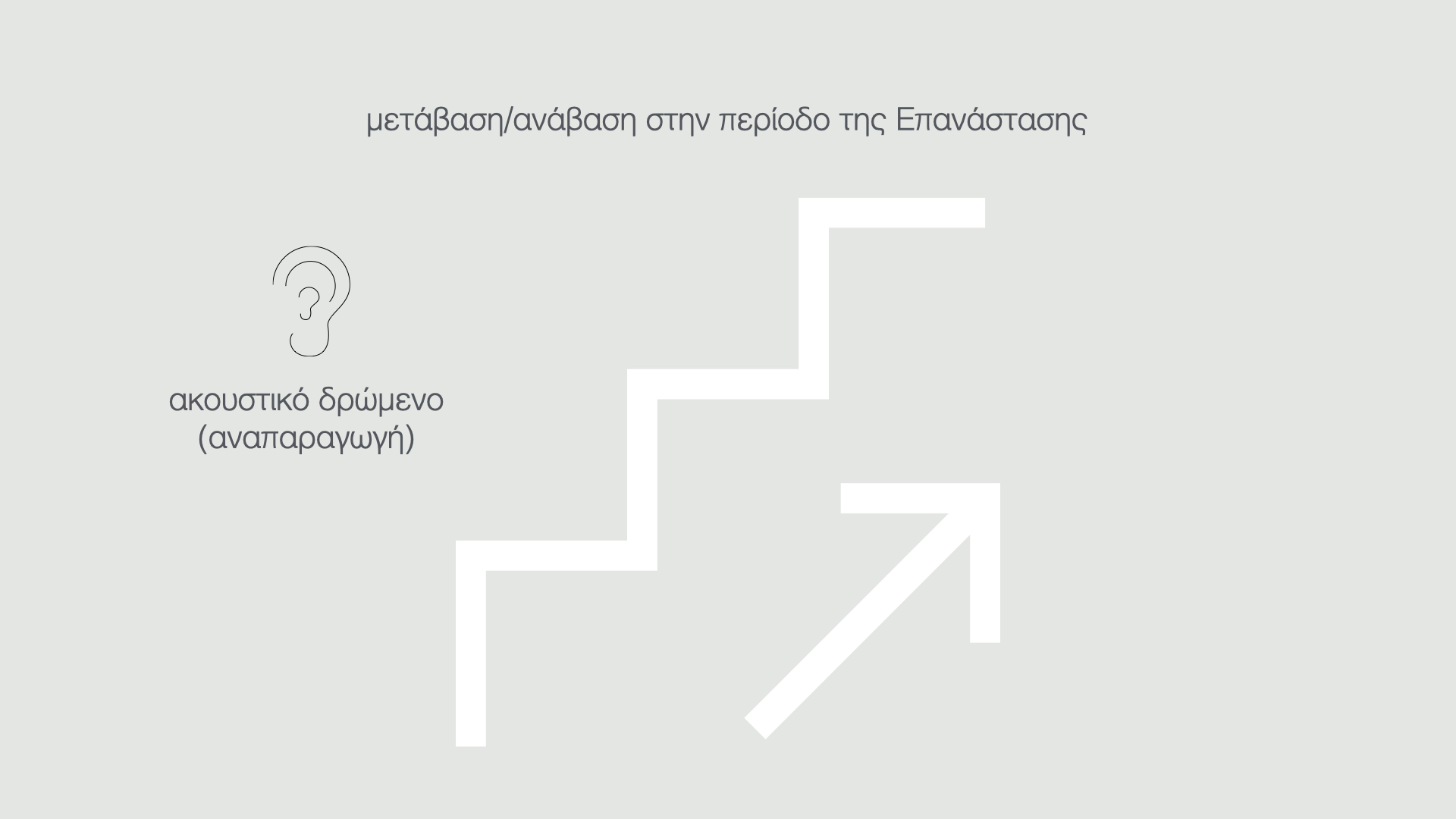 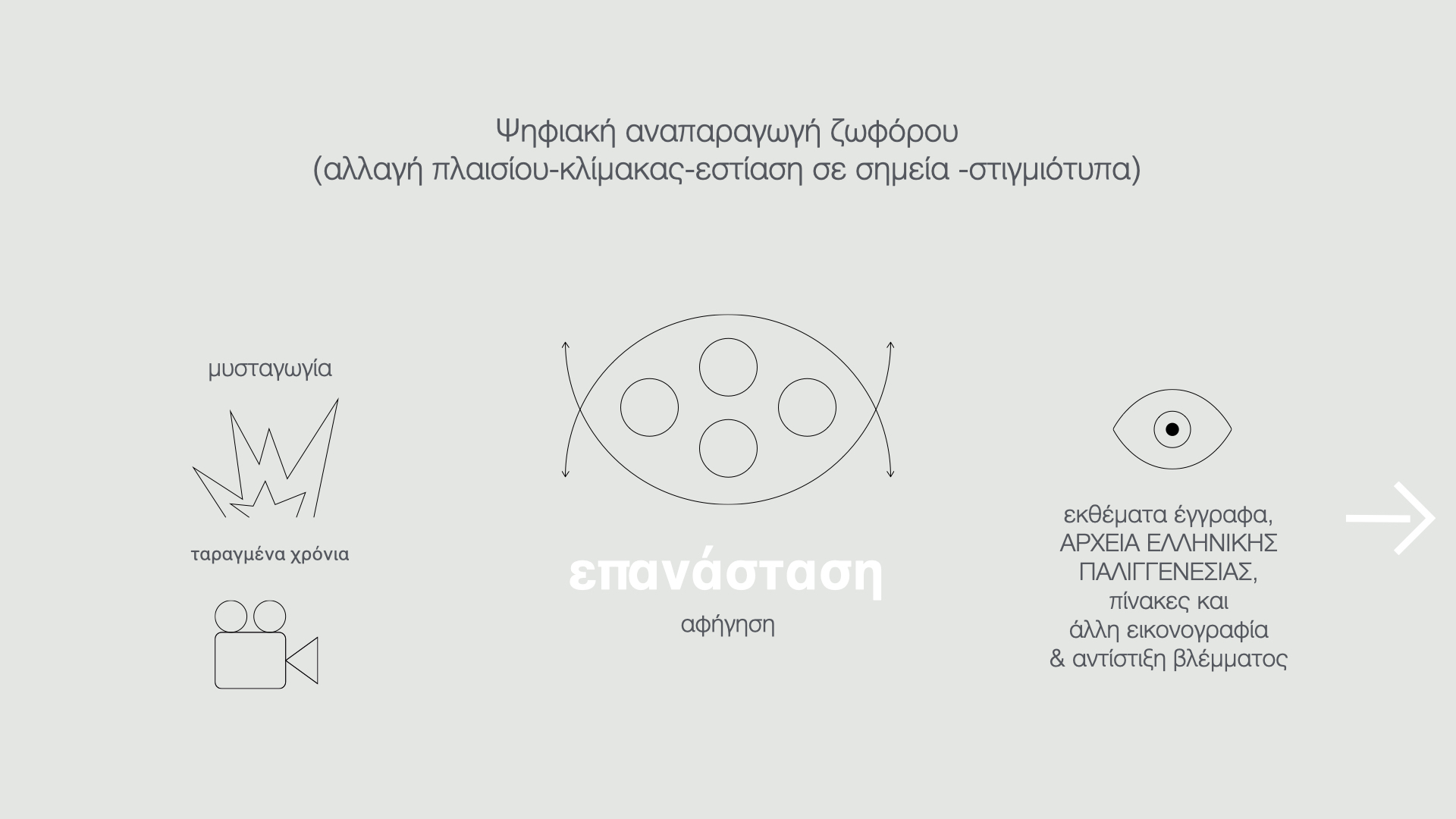 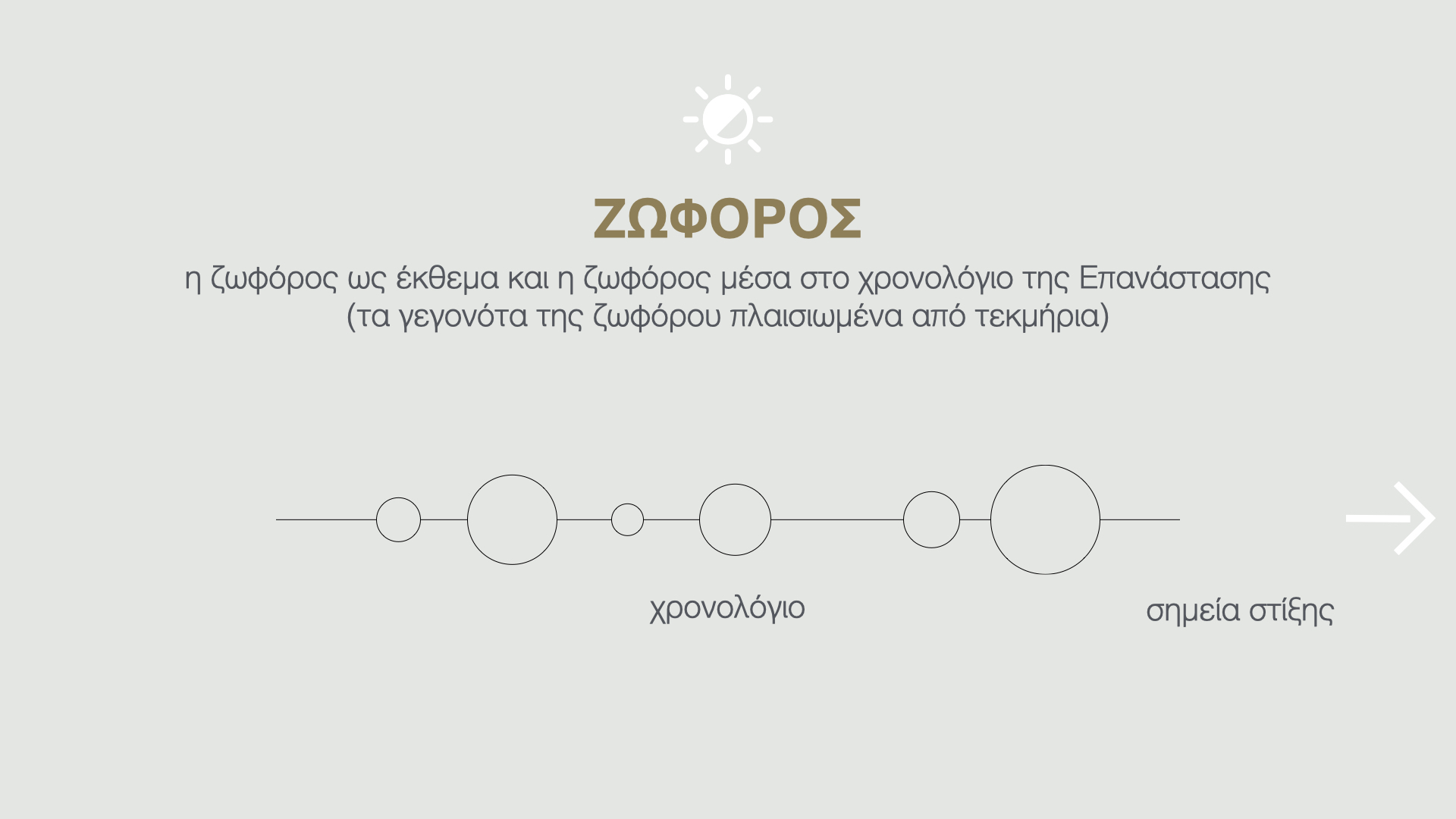 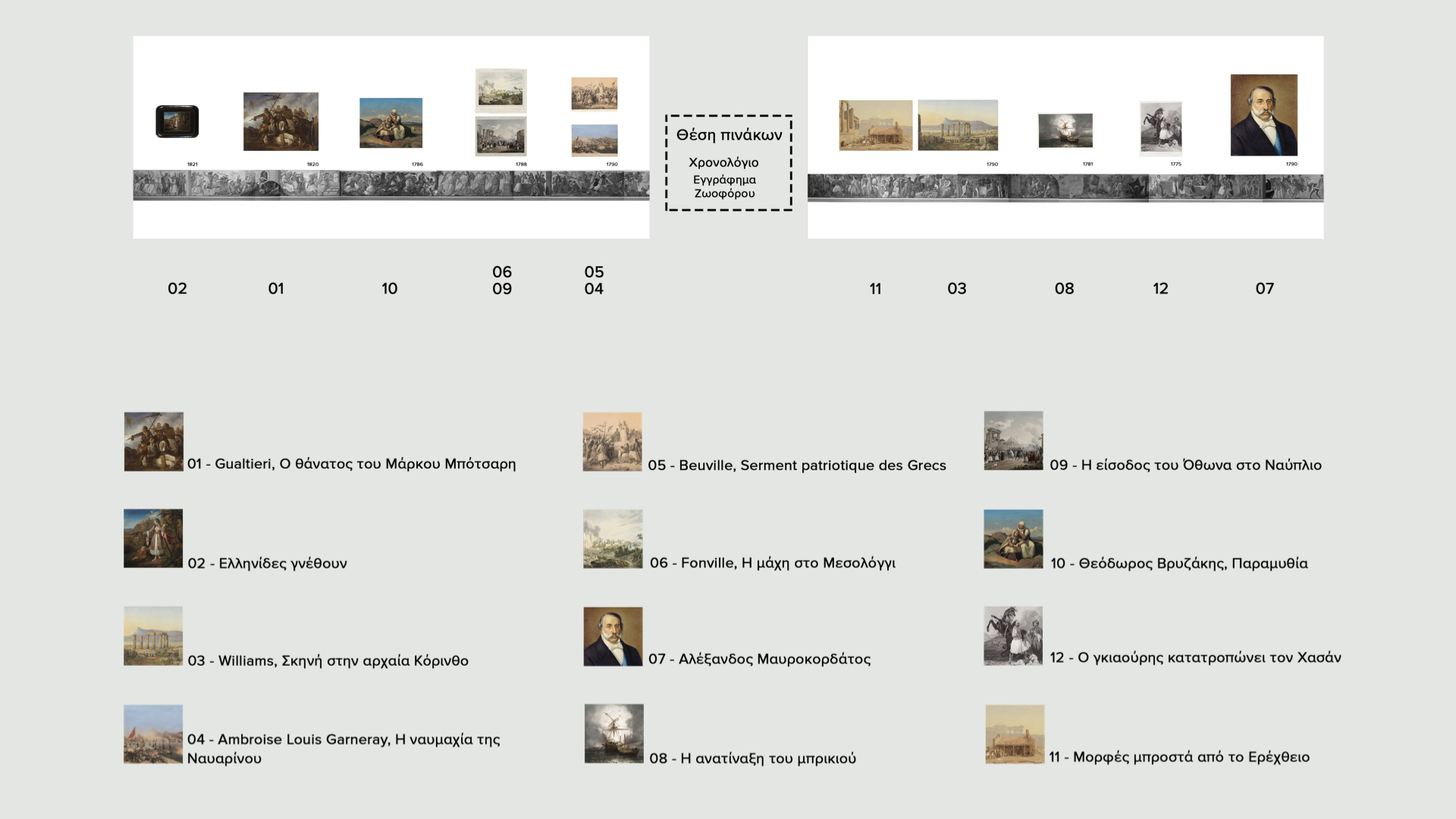 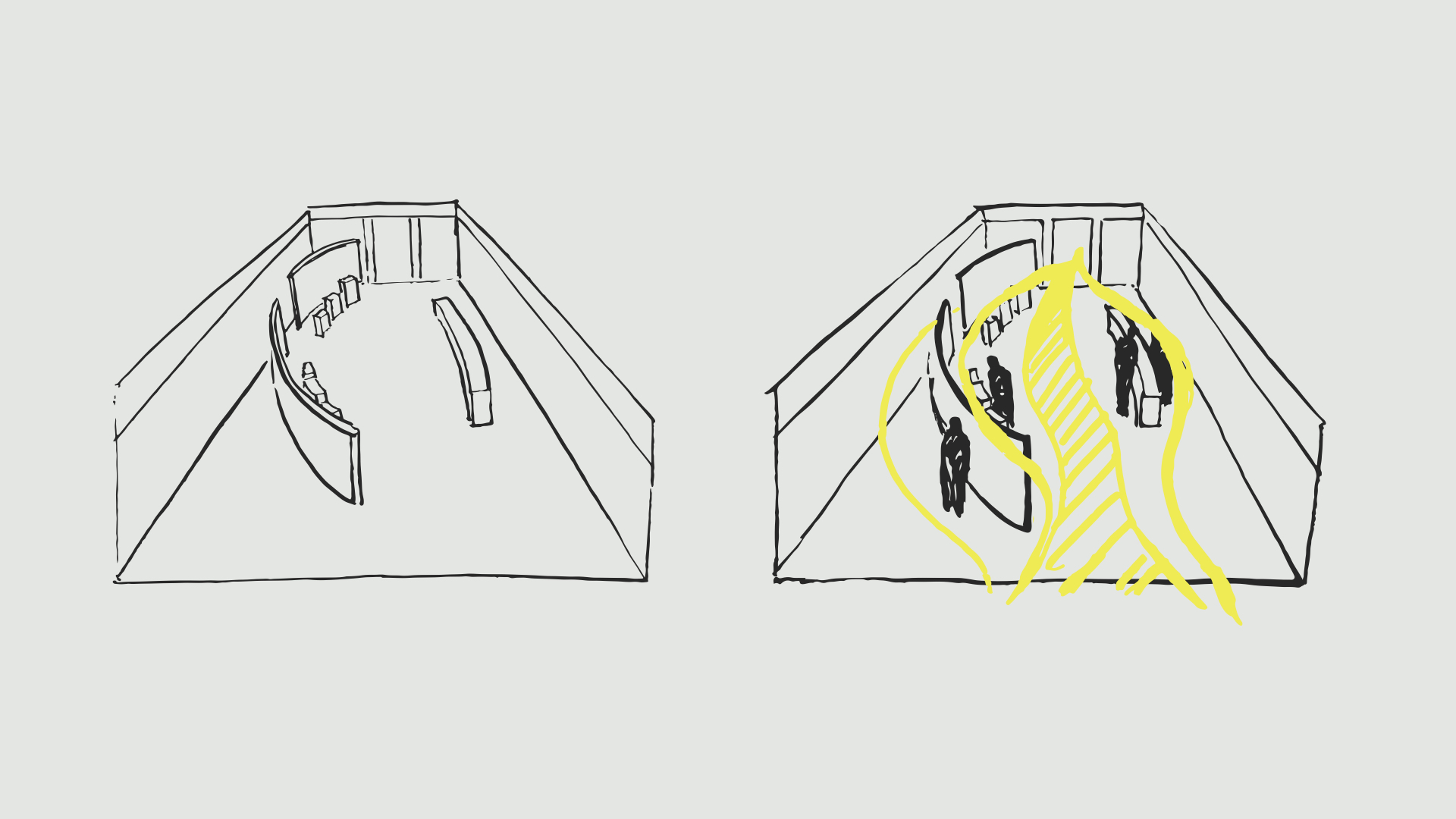 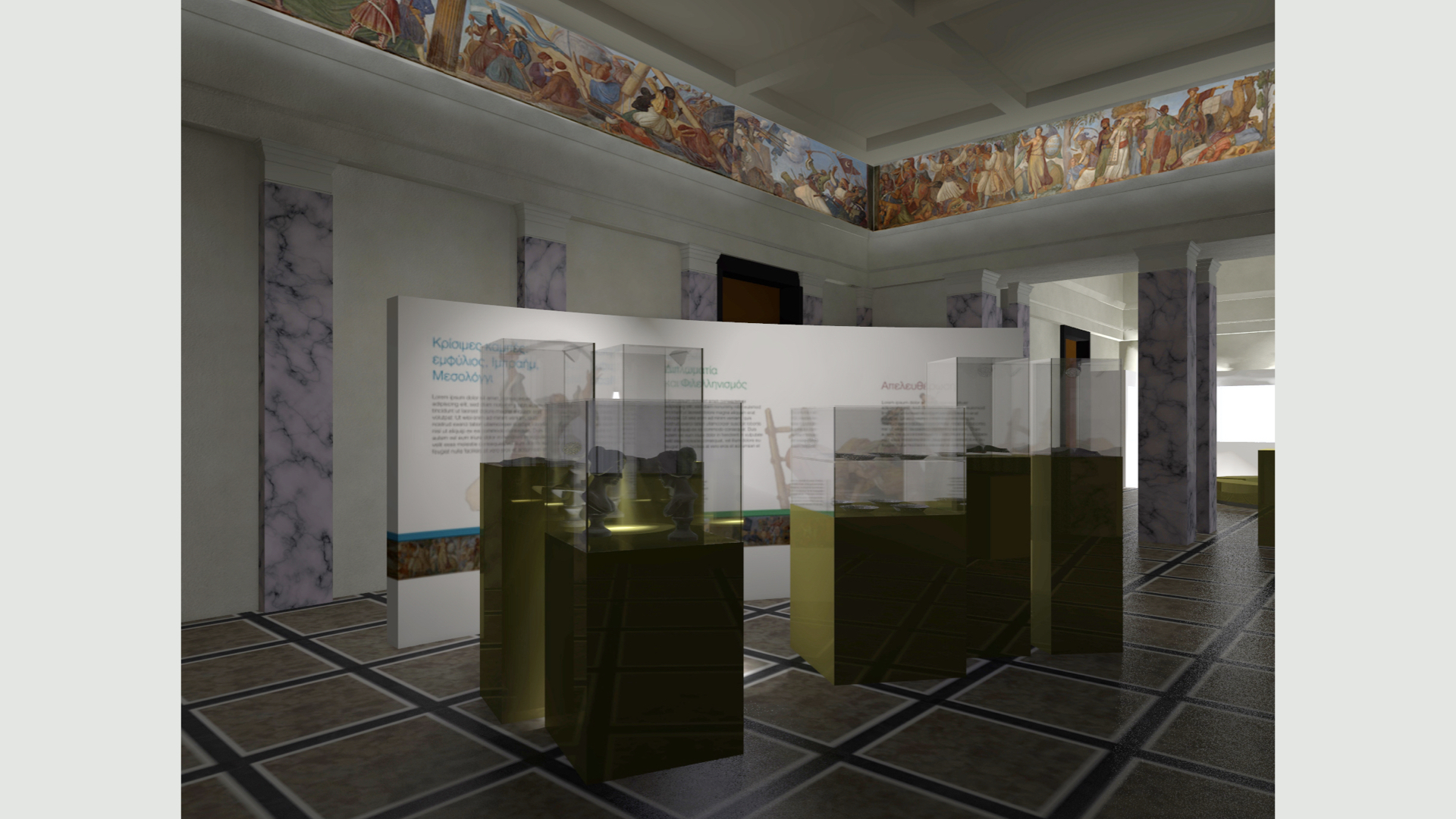 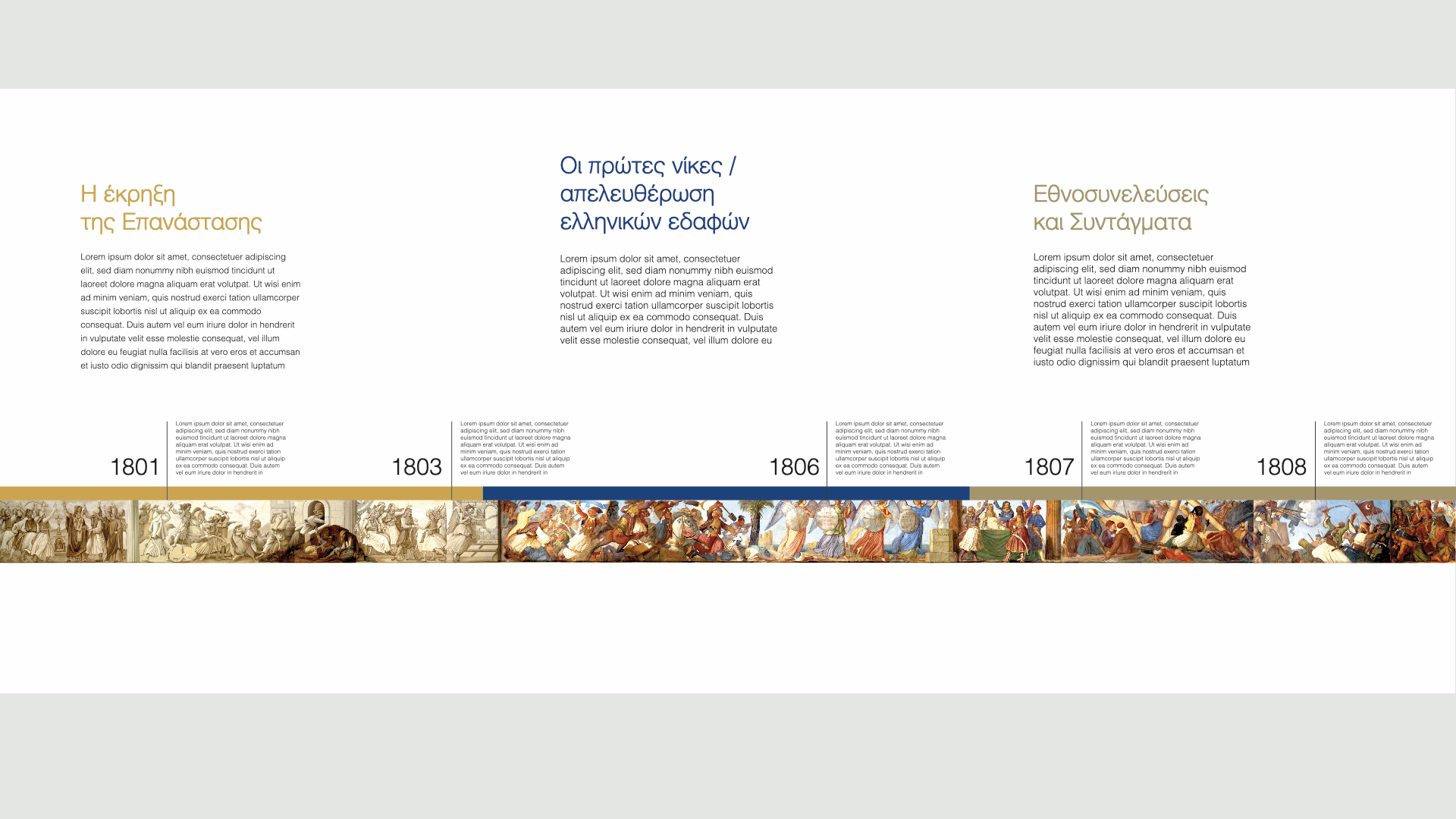 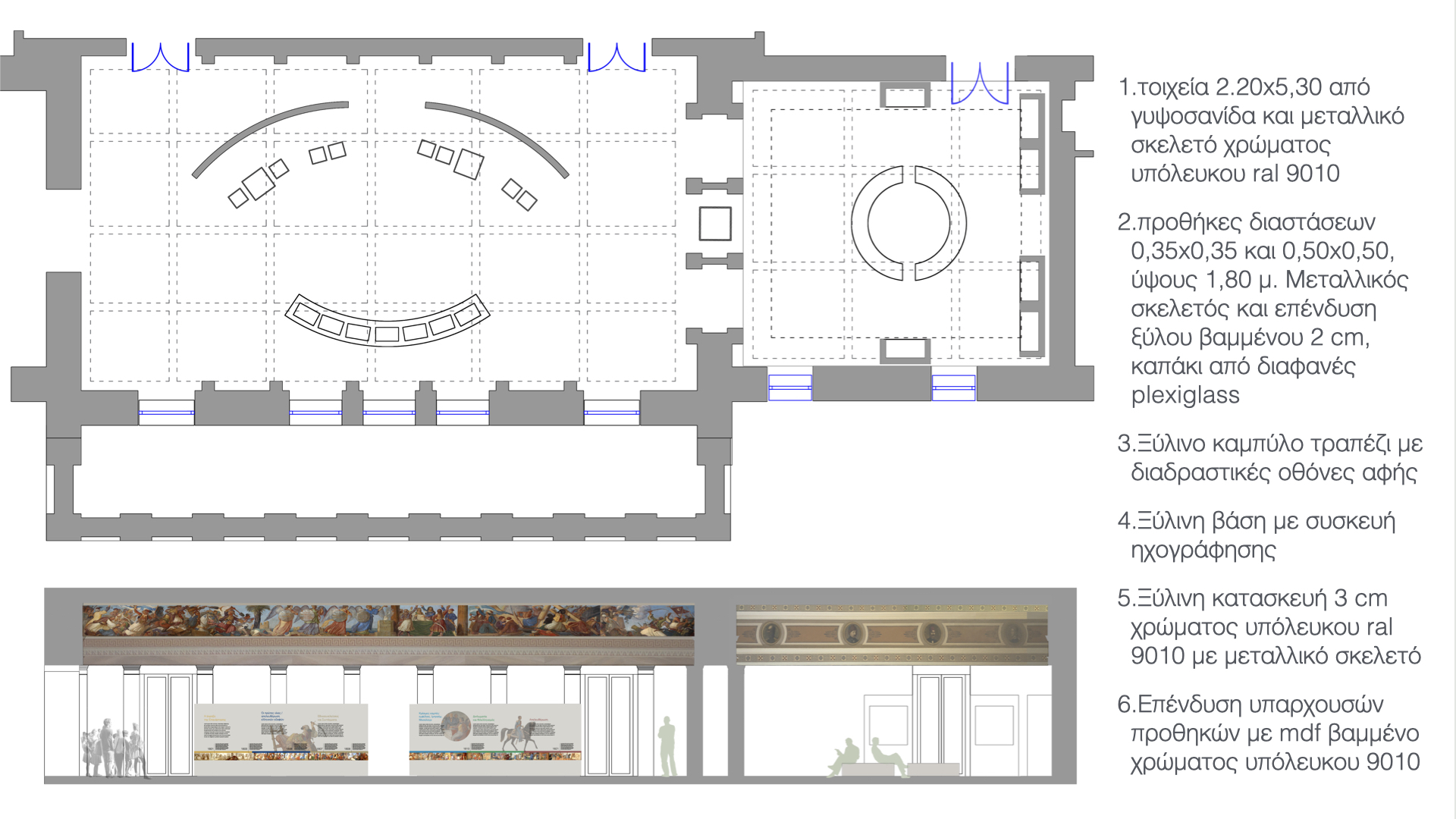 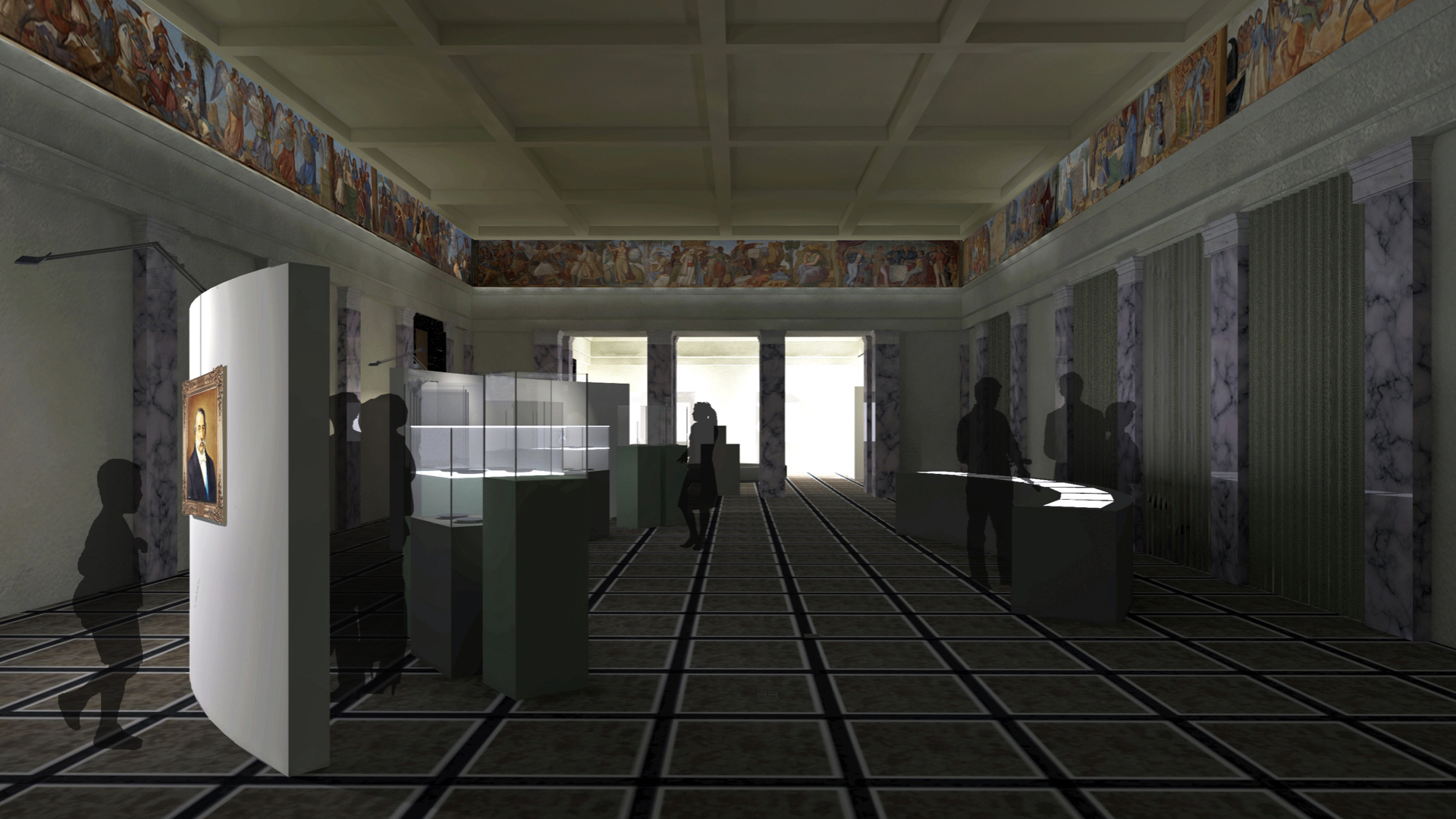 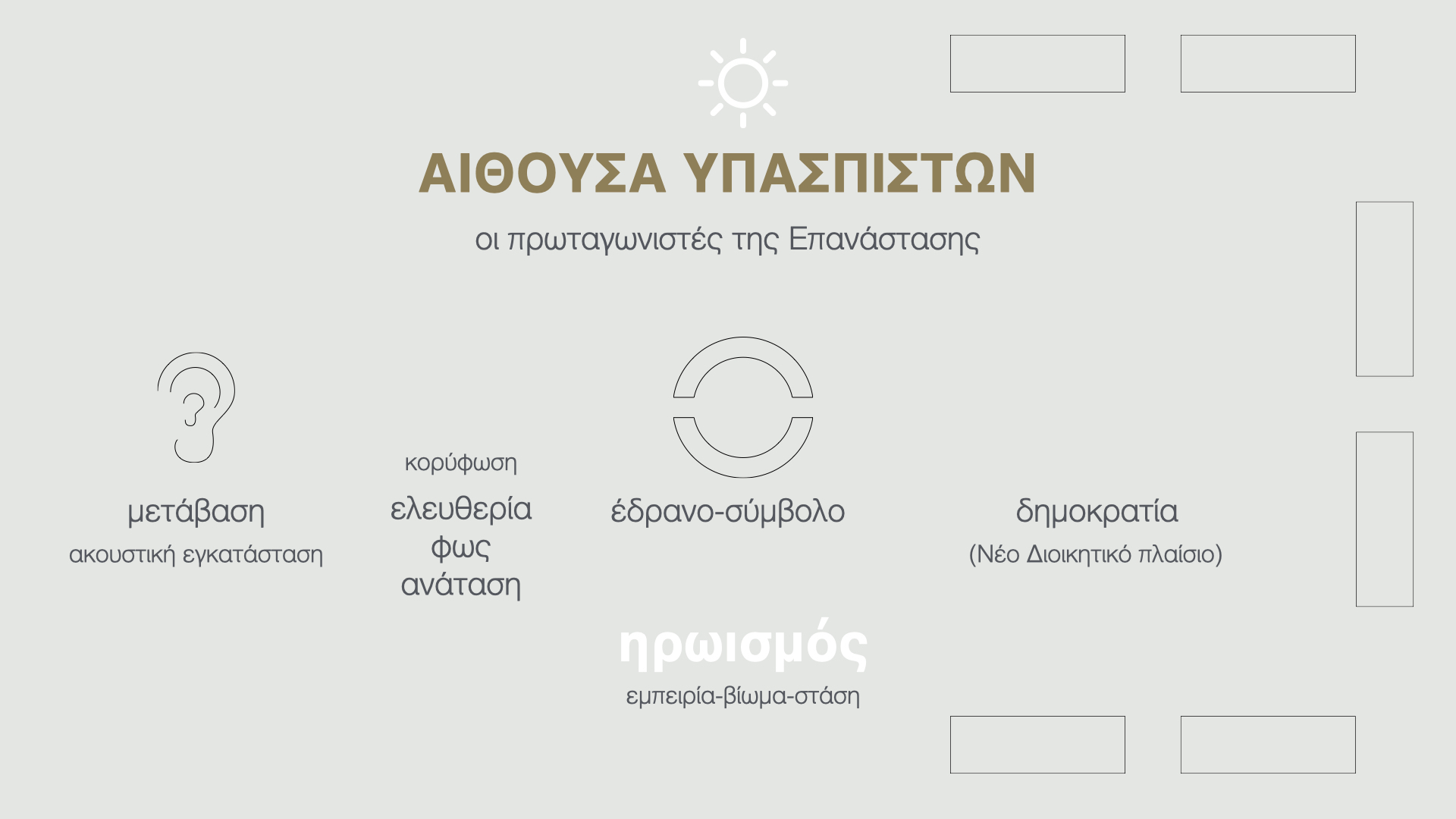 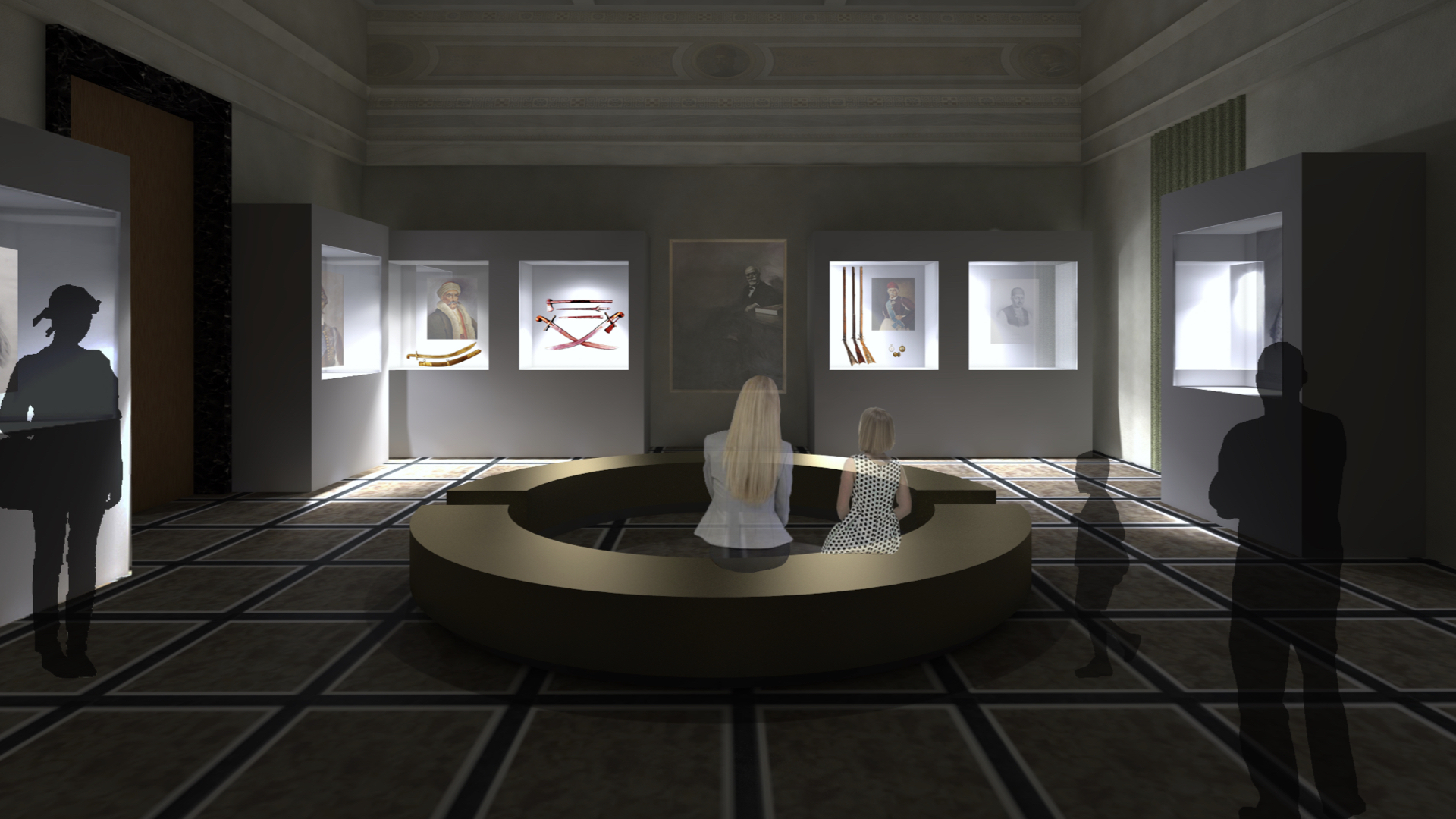 Objectives of the exhibition

The presentation concerns the preliminary architectural design based on museological concept.

The entrance space practically and mentally connects the ground floor with the first floor. On the left side of the space are placed two freestanding light steel frames, with four sides, in which placed the exhibition poster as well as explanatory information. The stands functions in two directions, both to the entrance and to the exit of the spectator from the exhibition.

The ground floor space that includes the entrance hall and the peristyle has as its subject the following sections:

The space of the entrance hall aims to prepare the spectator on the exhibition’s context, through a visual relation of the building with the 18thCentury Classicism and the influence of the ancient Greek’s classical architecture re-invention in Europe. This movement was a trigger for the traveler’s tours, which evolved the Philhellenism in Europe.

The dim light of the space helps the spectator to focus indoors. Switching images makes the relation visible, as video is more power than the static image in terms of transmission messages and emotions.


The space of the peristyle

So we enter the space of the peristyle which is distinguished by simple formality, quietness and diffusing natural light. The strong axis of symmetry, which is defined by the traffic flow and the entrance of Parliament, divides the room into two spaces.

Our proposal doesn’t affect the central axis, we take the advantage of space division on the left and right sides, and also we include in it the two exhibition sections: the Philhellenism and the Greek Enlightenment.

At the entrance of this space, both in the recesses and in the niches that are formed, we install two video projections, one on each side, thus utilizing the wall above the radiators. On one side, we project the information about the exhibition theme of the ground floor and on the other side the names of Philhellenes. In this way, the wall itself is transformed into information point. At the same time we use the existing structure and form of the space, without covering it, competing with it, but on the contrary highlighting it.

The paintings are hanging on transparent structures by metal frame, wooden base and 1 cm marble cladding, which are placed in front of the perimeter walls. In this way, the exhibition intervenes aesthetically as least as possible, using and highlighting the existing architectural elements of the space, while the romantic artworks are harmoniously connected with the Gaertner classicistic building, without being imposed on it. 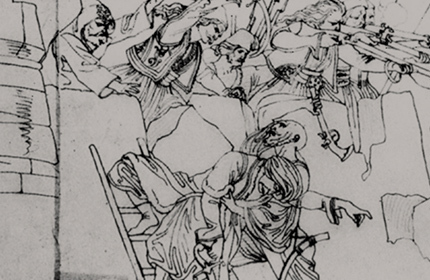